Top Celebrities in Ghana and their favorite teamsE-News 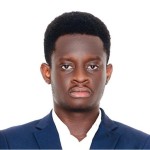 Kojo Nkansah Lil Wayne, one of the best kumawood actors is said to be a Manchester footballer supporter. From the picture above you can clearly see that he was spotted at old Trafford stadium.

Stonebwoy who’s real name is Livingstone Estse Satekla is one of the few celebrities in ghana people used to ask for the team he supports. After days of research, we find out that Stonebwoy is a full Barcelona Supporter.

Edem has also show clearly in a recent picture he posted on social media that he is an Asante kotoko supporter which made people talking about it for days.

Rev obofour the Anointed Palace Church General Overseer has also show it in a recent picture that he is an Asante kotoko die hard supporter.

Dr. Mathew Opoku Prempeh has also released a picture in public wearing Asante Kotoko at the sports stadium clearly showing he is also among the die hard fans of Kotoko.

Opanka also uploaded a picture on Facebook wearing Chelsea FC Jersey. This clearly shows that the rapper is a Chelsea supporter.

Rockstar Kuami Eugene is also another Manchester United FC supporter who was reported some time ago saying that in an interview.

Grand Up strong member Kwesi Arthur has been spotted wearing Accra hearts of oak jersey se in several occasions so there is no doubt that the rapper is a die hard supporter of a Hearts of oak.

Open chat
1
Powered by
Hello welcome to classikvibes.com
How may we help you